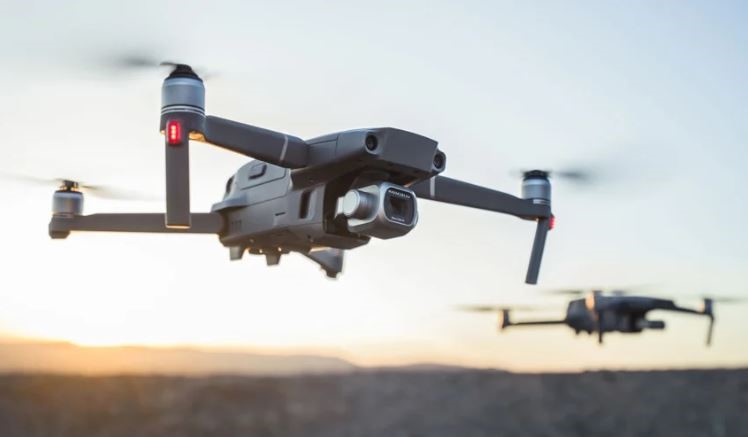 Design drones capable of building in 3D working as a team like bees.

Bees have the ability to know how to do their job without being told. They split up to care for larvae, keep the hive clean and collect pollen to make honey, all with a high level of sophistication. Nature teaches that collective, scalable, robust and adaptive construction is possible. And robotics is now learning to harness similar properties.
A study published Wednesday in Nature presents a fleet of drones that organise themselves like bees to do construction and repair work in hard-to-reach or dangerous locations. The team of researchers from different disciplines, led by Mirko Kovac, director of the Aerial Robotics Laboratory at Imperial College London, has taken a technology already performed by static robots to heights: that of building houses and repairing tall buildings. They are an evolution of 3D printers, which have learned to fly, at least in laboratory tests.

The fleet of machines is divided into two teams: one made up of “builder drones” (BuilDrones), which work like 3D printers and deposit material precisely. The other consists of “scanning drones” (ScanDrones), which monitor the work and give indications of what needs to be done at any given moment. In this way, they work collaboratively, adapting their techniques as they go along.
The job of ensuring coordination is carried out by artificial intelligence. These drones are fully autonomous while flying and are supervised by a human controller who checks progress and intervenes if necessary, based on information provided by the fleet itself.
To test the concept, the drones built a two-metre structure with a polyurethane-based foam material and an 18-centimetre structure with a type of cement developed specifically for the experiment. During construction, the vehicles evaluated the printed geometry in real time and adapted their behaviour to ensure they met the project specifications, with an accuracy of five millimetres in the case of the concrete structure.
Kovac, one of the world’s references in drone development, says that a major novelty of this research is that it has taken a multidisciplinary approach by applying Physical Artificial Intelligence: the practice of creating physical systems capable of performing tasks typically executed by intelligent organisms. “It’s about integrating materials, with robots, with controllers and with architecture,” he says.

From the lab to the construction site

The study has been carried out in the laboratory, but in the not too distant future this type of technology may help to reduce costs and above all it will make it possible to reduce risks in construction-related tasks. “We don’t intend this to replace all builders, but if we reach a small percentage of the industry, it would be a major breakthrough,” stresses the expert, who is also head of the Centre for Robotics Technology and Materials at the Empa Institute for Materials Science in Switzerland. His team is currently conducting experimental work with companies in the repair sector in the UK.
Animal-inspired UAVs are not new. Aníbal Ollero, known as the father of drones in Spain, has developed a type of aircraft inspired by birds that can reduce the number of accidents at work for operators carrying out high-risk inspection tasks. The Sevillian, who is a scientific advisor at the Centre for Aerospace Technologies (CATEC), explains that aircraft capable of making assemblies in inaccessible places, measuring the corrosion of pipes, touching bridges or a tunnel to see if there are cracks are already a reality. “We have prototypes that can already do this,” says the professor from the University of Seville.
According to Ollero, the technology needed for drones to replace humans in these risky situations, or even taxis and food deliverers, is already developed; what is needed is to establish regulations that allow it to be contemplated. To this end, the UAVs (Unmanned Aerial Vehicles) and Urban Aerial Mobility Innovation Centre has been created in Seville, which aims to integrate all aspects of having drones in the skies above the city.
This involves making the vehicles safer, integrating air traffic and city infrastructure. Not least, social acceptance. “They need to be quiet and respect privacy. The technologies, from a development point of view, are ready with varying degrees of maturity. In some cases, they are fully developed. But, naturally, in the aeronautical sector, before their use can be generalised, security needs to be considered from all points of view,” Ollero concludes.