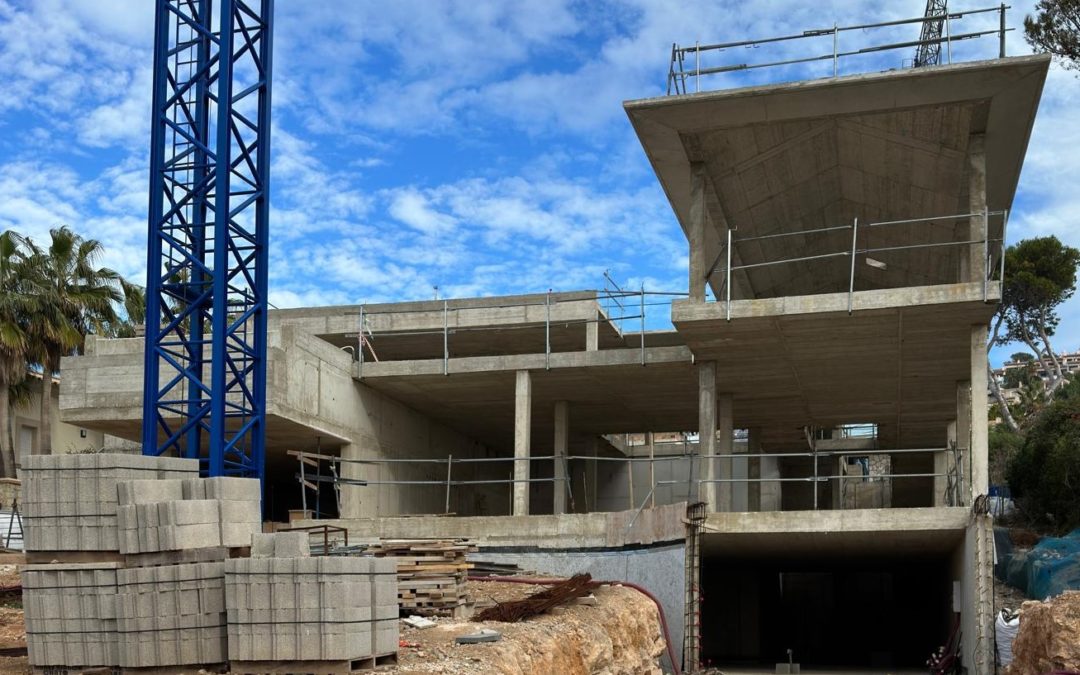 The expected cooling of demand in the real estate sector in 2023 after the momentum of 2022 is coupled with the expected decline in the price of residential building materials. However, despite this, construction costs will still remain high, above the pre-pandemic level.

According to the latest Real Estate report by CaixaBank Research, residential construction costs in Spain have increased significantly since January 2021, as a result of the strong reactivation of global demand, given the reopening of the economy after the pandemic. The trend worsened with the outbreak of the war in Ukraine and the increase in the prices of basic construction materials.

Already in recent months, the prices of industrial metals on international markets have fallen sharply, so that these materials used for housing construction can be expected to moderate in the first few months of 2023 to negative values from April onwards. This trend will cause the cost of residential construction in 2023 to be 3% lower than in 2022, although in December 2023 it would still be 15% higher than in January 2019, according to the model prepared by Caixabank. Pre-Covid-19 levels would not be reached until mid-2024.

The year 2022 has been particularly volatile for the price of raw materials, to which must be added the evolution of industrial metals, which have been influenced by the war in Ukraine, the rise in the dollar and even the recent slowdown in growth in China, factors that have contributed to stressing the prices of the materials that are the basis for the construction of a home.

The London Metal Exchange Index (LME), the most widely used international benchmark, rose 53% between January 2021 and April 2022, following the outbreak of war in Ukraine. Since then, the price has fallen, but still remains 28% above pre-pandemic levels. The reason lies in the risks arising from the war and the possibility of a major shortage of raw materials that could halt many ongoing construction projects. This situation played in favour of further price increases.

However, these same expectations took a drastic turn when the worst fears of raw material shortages due to the conflict did not materialise and, later on, due to the deterioration of growth prospects in developed economies. In parallel, another important factor in the recent decline in metal prices is the evolution of China’s demand for raw materials.

But will this trend in international markets have an impact on the evolution of construction costs in Spain? The answer is yes. According to data from the Ministry of Transport, Mobility and Urban Agenda, the cost of materials for residential construction was 26.7% higher in September than in January 2019, slightly below the maximum growth of 27.6% that it reached in June 2022.

Last September, cement and concrete were around 20% more expensive than at the beginning of 2019 and timber was 28% more expensive. Steel became 84% more expensive, and in September it was still 61% higher than in January 2019.
However, the LME futures curve suggests that metal prices will remain stable during 2023. The price of steel, concrete, wood and cement will fall in 2023, moderately for wood (2%) and more pronounced for steel (23%). This difference is due to the fact that steel is more involved in the housing market cycle, which is in a moderation phase, while it rebounded much more, due to the effects of the conflict in Ukraine, as Russia is one of the largest exporters of this metal worldwide.

This evolution of construction material prices is consistent with forecasts that indicate that in 2023 the housing market in Spain will experience an orderly adjustment of the sector, which has nothing to do with the 40% slump in demand and the market’s inability to absorb the significant supply of built and vacant housing available. According to Caixabank, in 2023 sales will moderate to 480,000 units, which is still higher than the annual average of 450,000 since 2007, but lower than the half a million recorded in 2021.
The rise in interest rates by the ECB is being decisive in channelling demand and regulating prices, a situation to which the costs of raw materials for construction will be added.